In NSW, it is against the law to have sexual intercourse with an animal and doing so can result in heavy penalties. This offence is known as bestiality, which isn’t defined in the legislation, but is under the common law, specifically as the sexual penetration of any animal (R v Brown (1889) 24 QBD 357).

The law on bestiality is contained in sections 79 and 80 of the Crimes Act 1900.

Any person guilty of bestiality in NSW will face a maximum penalty of up to 14-years imprisonment (section 79 Crimes Act 1900 (NSW)).

A jail sentence is generally not imposed unless there is unusual aggravating features of the offence. In the case of R v Higson (1984) 6 Cr App R 20, the English Court of Criminal Appeal outlined that it is the accused who needs help, not the dog.

Further, if you even attempt to commit the act of bestiality in NSW, you will face a maximum penalty of up to 5-years imprisonment. (section 80 Crimes Act 1900 (NSW)).

As an interesting fact, between July 2002 and December 2009, there have been only 2 known cases of bestiality that were dealt with in the District Court.

Further, between January two thousand and six and December two thousand and nine, there has been only 1 case in the Children’s Court and one case of attempted bestiality dealt with in the Local Court.

The offence of bestiality is set out at Section 63A of the Crimes Act, which provides, “A person commits an offence if the person engages in a sexual activity of any kind with an animal.”

This makes it an offence to attempt to commit any criminal offence. A person found guilty of attempting to commit an offence must be found to have carried out conduct that is more than merely preparatory to the commission of the offence attempted.

What Actions Might Constitute Beastiality?
There is no definition of bestiality in the Crimes Act; however, there is case law that states that the definition would include any form of sexual intercourse with an animal: R v Brown (1889) 24 QBD 357.

Penetration is not required for an offence under this section to arise, as long as there is behaviour that can be defined as some form of sexual intercourse: R v Bourne (1952) 36 Cr App R 125. 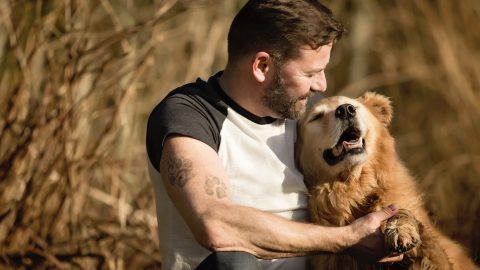 What The Police Must Prove
To find a person guilty of a charge of bestiality, the police must prove beyond a reasonable doubt, that they carnally knew an animal.

To convict a person of a charge of attempt to commit bestiality, the police must prove beyond a reasonable doubt, that they attempted to carnally know an animal.

Which Court Will Hear Your Matter?
As the offence carries a maximum penalty of 10 years, you can choose to have your case go before a judge and jury in the Supreme Court or you can consent to the jurisdiction of the Magistrates Court, where the maximum penalty that can be imposed is two years.

There was no sexual penetration involved.
Another person had sex with the animal.
Questions in cases like this

Is there a case of mistaken identity?
How can they prove there was sexual penetration?
Maximum penalty and the court that deals with Bestiality

The maximum penalty for Bestiality is 5 years imprisonment. It is a charge usually heard in the Magistrate’s Court.

The section that covers this offence is section 59 of the Crimes Act 1958.

What can you be sentenced to for this charge?

Generally, having sex with animals is considered to be an offence wherein an accused needs to have psychological treatment rather than being locked up.

Section 79 of the Crimes Act 1900 (NSW) makes it an offence for a person to engage in sexual acts with an animal in this state. And for every count of this crime against his name, Mr Sellenthin is facing up to 14 years behind bars.

And it’s also a crime in NSW to attempt to have sex with an animal. Section 80 of the Crimes Act stipulates that a person who’s convicted of committing attempted bestiality is liable to up to 5 years imprisonment.

The Crimes Act doesn’t define what constitutes an act of bestiality. But, at common law, it’s held to be any form of sexual intercourse with an animal, as set out in the 1889 Queen’s Bench Division case R versus Brown.

The 1959 UK Court of Appeal case R versus Bourne found that penetration is not essential to the act. That case involved Sydney Joseph Bourne who forced his wife, Adelaide, to have sexual intercourse with a dog against her will.

Mr Bourne was convicted of aiding and abetting his wife to commit the act of buggery with a dog. The offender argued that he couldn’t be convicted for assisting someone in a criminal act in circumstances where they weren’t guilty of the offence. But, his defence fell through.

The 1952 Victorian Supreme Court case R versus Packer found that indeed, a woman is capable of committing an act of bestiality. While the UK Criminal Court of Appeal made clear in 1984’s R versus Higson that it’s the offender who needs help, not the dog.