We all make contracts almost every day. Whenever we buy a coffee, do the grocery shopping, fill the car up with petrol or purchase a ticket for public transport we are entering into a contract. We are often unaware we are contracting (or at least don’t turn our minds to that fact) and in most cases it is unnecessary to do so; most contracts are made and performed instantly (or almost instantly) without any problems arising.

However, should something go wrong (eg, one party fails to perform (eg, deliver goods) or goods delivered or services performed are defective in some way), it may become important to assess when and whether a valid contract was entered into, the nature of its terms and obligations and what, if any, remedies may be available in the event of a breach.

In Australia contract law is primarily governed by the ‘common law’, but increasingly statutes are supplementing the common law of contract – most notably, but certainly not exclusively, in the area of consumer protection.

The contract law section focuses primarily on the common law of contract, with some reference to relevant legislation. It is broadly divided into five categories:

performance and termination of contracts and

remedies for breach of contract.

an agreement (comprising an offer and acceptance)

compliance with any legal formalities

A contract is generally only enforceable by and against parties to the contract.

There are also rules to determine the terms of the contract, their meaning and their classification. There are also some special rules relating to exclusion clauses – those clauses that seek to reduce or remove liability for certain conduct.

A contract validly formed may nevertheless be avoided as a result of a number of possible ‘vitiating factors’. Most of these involve some form of unfair or unconscionable dealing by one of the parties.

When entering into a contract it is important to recognise and understand the legal system which governs the contract – both in its formation and in case of any disputes. In today’s international marketplace, entering contracts with Australian counterparties, or contracts said to be governed by the law of Australia (or a particular Australian State or Territory) is not uncommon. The purpose of this article is to provide a high level overview of key aspects of Australian contract law for those doing business in Australia or entering into contracts governed by Australian law. 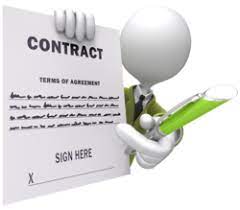 These broad statements of principle are affected by some important legislation, notably, the Competition and Consumer Act 2010 (Cth), which cannot be contracted out of and may result in legislative rights which override contractual rights in certain circumstances.

No special forms or procedures are required, although it is good practice to record the terms of a contract in writing as Australian courts will give considerable weight to the expression of the parties’ intentions evidenced in documentary form. Nonetheless, Australian law recognises oral contracts (except in relation to the transfer of land).

Under Australian contract law, with certain limited exceptions, those who are not parties to a contract cannot be bound by it. This is known as the privity rule. By the same token, contracts can generally only be enforced by parties to the contract. Although, where a contract creates a trust for a third party, that third party may be able to enforce the contract.

While the Australian Consumer law offers protections against unfair contract terms, it’s important to always read contracts carefully before signing, keep copies and say ‘no’ if you feel pressured by a salesperson.

When you buy products or services from a trader, you are entering into a contract. Before you do, make sure you understand what you are agreeing to.

There are laws protecting consumers from unfair terms in circumstances where they have little or no opportunity to negotiate with businesses, such as with standard form contracts.

Retailers selling products such as white goods or furniture may offer you interest free deals to buy now and pay later. Before signing up for these deals, it’s important to understand the amount and frequency of payments you’ll need to make to pay the product off before large interest payments apply.

A lay-by agreement lets you buy a product and pay for it in two or more instalments before taking it home. It’s important for you to understand what the written agreement covers and how you or the business can cancel it.

Some examples of contracts include: