The term “lawyer” is a generic term used to describe any person qualified in one or more law fields for legal advice. In short, both a solicitor and a barrister are types of lawyers. So, what is the difference between a lawyer and a solicitor or between an attorney and a barrister?

Lawyers (or attorneys) serve as advocates and advisors. As advocates, they represent one of the parties to a criminal or civil trial by providing evidence and arguing in favour of their client.

As advisers, lawyers advise clients on their legal rights and responsibilities and recommend courses of action in corporate and personal matters. Lawyers both investigate the purpose of laws and judicial rulings and adapt the law to their clients’ particular situations.

Lawyers also oversee support staff, such as paralegals, legal assistants, and legal secretaries. Lawyers can have different titles and responsibilities, depending on where they work.

In law firms, lawyers, also referred to as partners, conduct legal work for individuals or corporations. Those who advise and protect the accused can be called criminal lawyers or defense attorneys.

Attorneys also consult for federal, state, and local governments. These prosecutors typically work for the government to bring a complaint or indictment against a person or a company suspected of violating the law. Some can also serve as public defense lawyers for people who could not afford to employ their private attorney.

n Australia, the term ‘lawyer’ refers to any person who has been admitted to the legal profession as a barrister or solicitor. The term ‘lawyer’ describes both barristers and solicitors. However, solicitors and barristers are very different in practice. A solicitor advises clients and prepares documentation. By contrast, barristers are experts in advocacy and preparing cases for trial. Barristers will appear in Court and present their client’s case before a Judge. Although confusing, solicitors can also appear in Court however, barristers are normally hired to present cases of a more complex nature. Although not common in Australian terminology, ‘attorney’ in Australia tends to refer to solicitors rather than barristers. It is just a synonym for the word ‘solicitor’, which has developed due to it’s common use in American lexicon.

‘Lawyer’ is the correct term to use in Australia for both a barrister and solicitor. However, people occasionally use the term ‘attorney’ when referring to patent or trademark attorneys. In the United States, the term ‘attorney’ refers to lawyers who both deal with documentation and present cases in Court. Australia’s legal system is largely descended from the United Kingdom’s, meaning that many of the terms which apply in the UK have become common in Australia as well.

A criminal lawyer should carefully consider the evidence giving rise to the factual allegations of the criminal charges and provide you with honest advice about your case. The lawyer should be thorough and detailed in the preparation of your case for trial and consider all possible defences that may be raised at the trial.

Experience is an essential attribute for a good criminal defence lawyer. It’s a vital component for the criminal lawyer to be able to:

Provide sound legal advice;
Defend the case with confidence and quality advocacy in court;
Know what evidence can and can’t be led by the prosecution at trial; and
Know which defences are required to be raised on your behalf at trial.

The actual practice of criminal law is almost nothing like that depicted in shows like exposed to shows like The Good Wife, Law and Order or Boston Legal. In Australia, criminal law is primarily dealt with by the states, with only some crimes, such as those involving types of fraud or sexual misconduct, tried at a federal level. Accordingly, the states and territories have their own legislation to deal with criminal offences, such as the Crimes Act 1900 (NSW) and the Criminal Code Act 1899 (Queensland).

Generally, criminal lawyers fall into two categories: those who defend accused people, and those who specialise in prosecution. Some barristers do appear for both sides, although it would be inadvisable for a graduate to go directly to the bar with a design on being a criminal lawyer. There are also some criminal lawyers who specialise in niche areas like victim representation or coronial inquests (on behalf of the State or persons of interest), which sometimes defy neat definition as “prosecution” or “defence”.

Defence lawyers are often involved with cases from an early stage. They confer with clients to obtain instructions, appear at court, and often need to be “on call”, since people are very often arrested outside office hours. Typically they will be in contact with the police and / or the prosecutor at some stage after the client is charged. Clients remanded in custody need to be visited and kept informed about their cases. This can be done face to face and by phone, although increasingly it is done via video link.
Prosecution lawyers become involved in cases at some stage after charge. They communicate with victims and witnesses, the investigating agency (typically the police), defence lawyers and others as the brief is compiled by the investigators in preparation for court. 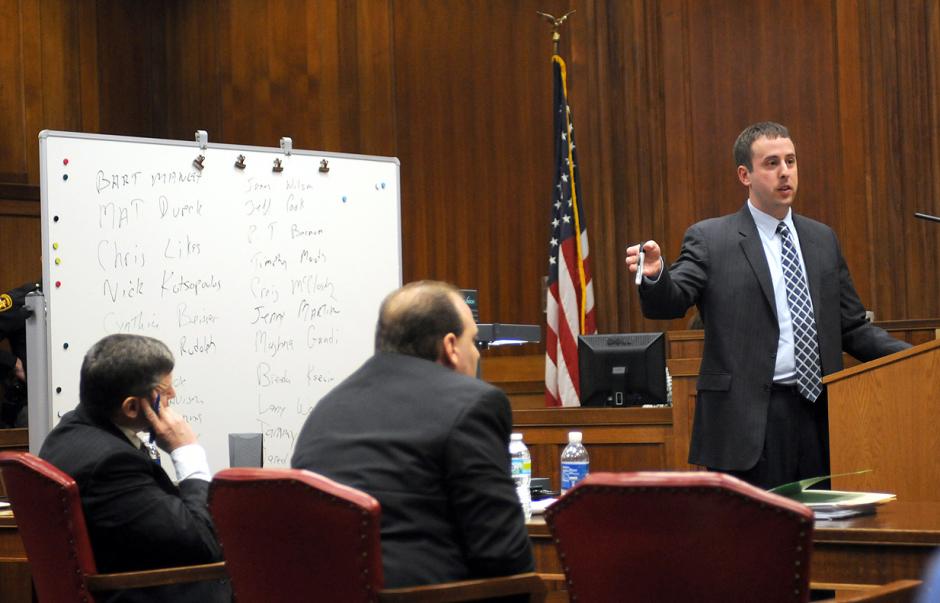 Graduates in criminal law are closely supervised in all aspects of the job, but there are opportunities for early responsibility. Typically, they assist in the preparation of cases and help to run cases either in the Local Court or the District Court (and occasionally the Supreme Court).

The work for defence lawyers at this level usually involves a lot of client contact, for example visiting prisons and police stations, and attending conferences with counsel, or appearing in smaller matters either for procedural issues or for less serious matters.

The work for prosecution lawyers involves preparation of the prosecution brief for trials, liaising with witnesses about their appearance and their evidence, liaising with the Crown Prosecutor about what is required, as well as appearing in procedural court appearances and less serious matters.