Brothels are legal in NSW under the Summary Offences Act 1988.

Although prostitution has been decriminalised in NSW, some activities associated with sex work are illegal. Examples of these are:

Unless you own or manage a brothel, living on the earnings of a sex worker is illegal.
You are not allowed to cause or induce sex work.
Using a premise advertised as being a massage parlor or sauna as a brothel.
Soliciting sex work near a school.
Advertising sex work.
Child prostitution.

Sex work has been legal in the ACT since 1992, since the enactment of what is known as “Anna’s Law”.

The Prostitution Regulation Act 2004 made sex work illegal in the NT. Notwithstanding this, those who operate an escort agency business may register with the NT State Police.

The state of Queensland has two limbs of sex work that are legal:

Private sex work. This practitioner is allowed to advertise their business, and
Licensed brothels.
In 2009 a report demonstrated that in QLD only 10% of sex works occurred in licensed brothels.

Brothels are illegal in South Australia, under the Criminal Law Consolidation Act 1935 and the Summary Offences Act 1953.

While sex work is legal, no person may employ or otherwise control or profit from the work of individual sex workers.

Engaging in sex work on the street in Victoria is illegal and has been so for a number of years.

Sex work itself is legal, but many activities associated with it, such as pimping and running brothels, are illegal. 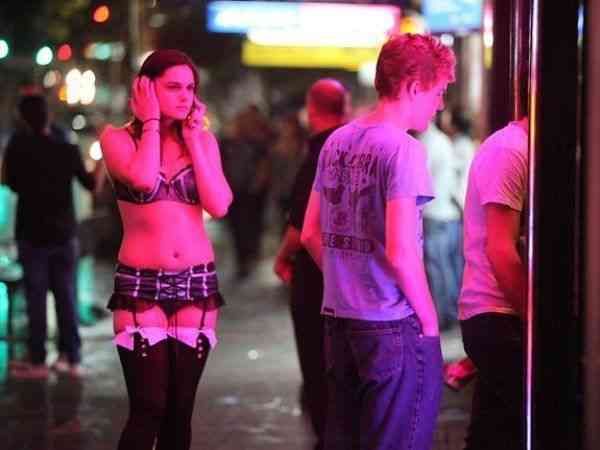 Victoria
Although it was tacitly tolerated earlier, the first legislation to legalise brothel prostitution in Victoria was passed in 1984, via the Planning (Brothels) Act 1984. Significant attention over the ensuing decade led to the Prostitution Control Act 1994. In 2011, the act was amended through the Sex Work and other Acts Amendment Bill and it is now referred to as the Sex Work Act 1994. Brothels are regulated through Consumer Affairs Victoria (as are, for example, estate agents and motor vehicle traders). Street prostitution remains illegal. The aim of legalisation was to remove the involvement of organised crime in the industry and to protect women through regulation and licensing. There is widespread agreement that legalisation has failed.

NSW
Prostitution in NSW is decriminalised, with brothels coming under local council planning regulations like any other business. This process began in 1979 with the Prostitution Act 1979, which decriminalised both soliciting and ‘the offence of being a reputed prostitute on premises habitually use for prostitution’. Several variations were made to the regulation of prostitution over the following decades, until the Disorderly Houses Amendment Act 1995, which decriminalised brothel prostitution and moved brothels into the sphere of local planning. Some activities remain illegal, such as the exploitation of children in prostitution. The details of prostitution-related offences are found in the Summary Offences Act 1988 (Part 3). The Brothels Legislation Amendment Act 2007 is the legislation that guides local councils in overseeing brothel operations. The NSW Department of Planning issued a useful guide to the act.

South Australia
Brothels are illegal in South Australia as is soliciting in public places, receiving money from the prostitution of another person and procuring. There have been several attempts recently to decriminalise prostitution, the latest in July 2015 when the Statutes Amendment (Decriminalisation of Sex Work) Bill 2015 was introduced into the Upper House. Two speeches, one by the member introducing the bill, and the other, by a member opposing it, can be found here. There is a useful summary of the various legislative attempts to decriminalise over the years in the first speech.

In Sept 2015, a committee was established to inquire into and report on the bill. The report was tabled in May 2017. In July 2017, the Legislative Council voted 13-8 in favour of the bill, which has now gone to the Legislative Assembly for debate and vote. It was narrowly defeated. In 2019, another attempt was made to decriminalise sex work, and this was defeated.

West Australia
Prostitution in this state comes under the Prostitution Act 2000. While prostitution itself is legal, many activities associated with it, such as brothels, soliciting in a public place and pimping, are illegal. The Prostitution Bill 2011 was introduced to regulate the industry and allow brothels in non-residential area. Following a period of consultation, it was presented, with changes, in parliament in Nov 2011. It failed to gain majority support.

Tasmania
The Sex Industry Offences Act 2005 regulates prostitution in Tasmania. Prostitution is legal, but brothels and street prostitution are illegal. Self employed operators are legal and may operate with one other person. There have been reviews of the legislation in 2008 and 2012, but to date, no legislative changes have occurred.

ACT:
Prostitution was decriminalised in 1992 with the passage of the Prostitution Act 1992. Brothels and escort agencies are legal but must be registered, as must the prostituted persons, through the Office of Regulatory Services. A major review of the legislation took place in 2011 and the report was presented in 2012. No changes have yet been made.

Northern Territory
All forms of prostitution are legal in the NT with the passage of the Sex Industry Act 2019. Sexual service businesses with 3 or more workers are required to obtain a ‘certificate of suitability’ through the Commissioner for Consumer Affairs. It is an offence to induce, (by intimidation, threat etc) a person to provide sexual services. It is an offence to allow a child to perform sex work or work in a sex services business.

Licensed brothels are legal in NSW, but their operations are subject to strict rules and regulations.

In addition to this, the Summary Offences Act 1988 (NSW) contains a number of summary offences (meaning offences dealt with in the local court rather than referred to a higher court) surrounding the provision of sex work.

These summary offences are:

To establish the offence, the prosecution must prove beyond reasonable doubt that:

You caused another person to enter or remain in sexual servitude, and
You intended to do so, or were reckless in that regard.
‘Sexual servitude’ is where a person:

The maximum penalty increases to 20 years in prison where the offence is committed in ‘circumstances of aggravation’ which is where the complainant:

In Australia, prostitution regulation has taken a very different path from many other countries. Law reform has led to the opening of some significant new spaces for legal sex work, including the (very different) regulatory regimes established in two Australian states — Queensland (brothels legal if their owners are licensed) and New South Wales (most commercial sex businesses and some street prostitution decriminalized; no licensing regime).