It could be a case of two heads are better than one after a mutant moggy with two faces.

This amazing looking cat was found at a Perth Retirement Village with this quite hilarious face. 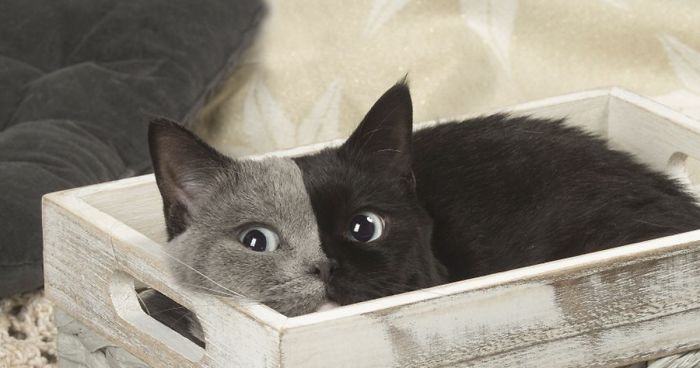 The kitten’s owner and a veterinarian had to do a double-take when the rare kitten came into the world at Swan Veterinary Clinic after its mother suffered complications during birth.

The kitten eats out of just one mouth because of a cleft palate but both mouths meow simultaneously.

Ms Burgess said that in her 12-year career she had never seen a two-faced cat.

“I have seen cats with two tails and extra legs, but not this,” she said.

“It has a full tummy and it survived the night so that is a good sign,” she said. “It seems content, it meows and purrs.

“This is the result of a congenital deformity. Something has gone wrong in the early embryonic development.”

The kitten was one of three in the litter – its siblings were born without any deformities.

Its Mundaring owner plans to keep the kitten and is thinking of calling it either Mr Men or Quasi Modo.