A court may make a suppression order in accordance with the Evidence Act 1929 (SA) section 69A, where it is satisfied such an order would prevent prejudice to the proper administration of justice, or to prevent undue hardship to an alleged victim, a potential witness or a child [see s 69A(1)].

A court may also make a suppression order in relation to evidence given by, or relating to, a defendant if they assert that an offence for which they are charged:

When considering making such an order, the Court must recognise the primary objective of the administration of justice, namely safeguarding the public interest in open justice and the consequential right of the news media to publish information relating to court proceedings [see s 69A(2)(a)]. A court may only make a suppression order in accordance with section 69A if it is satisfied that special circumstances exist which give rise to a sufficiently serious threat of prejudice to the proper administration of justice, or undue hardship so as to justify the making of the order [see s 69A(2)(b)]. 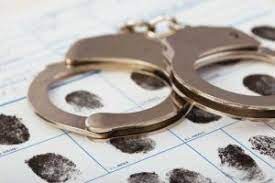 A suppression order is made when a court prohibits the disclosure of information about a legal case.

These are ordered in Australia for a variety of reasons – in the interest of national security, to protect the safety of witnesses, or to guarantee a fair trial.

They can be wide-ranging, clamping down on nearly all – and at times all – information about a trial, or narrow, obscuring just one person’s name.

How can a suppression order help a fair trial?
When someone is on trial, the jury is not allowed to know sensitive information, such as rejected evidence or the accused’s prior convictions.

If news like that is widely publicised, it can unfairly influence jurors. This means the trial can be declared a mistrial and the person acquitted.

For this reason, even without suppression orders, no reporter in Australia can report the prior convictions of a person on trial.

In 2016 the news site Yahoo7 caused a mistrial halfway through a Melbourne murder case. There was no suppression order but the journalist included information that had not been shown to the jury.

NSW has become the first state to enact the Court Suppression and Non-publication Orders Act 2010 (the Act). The Act has replaced the sections of the civil and criminal procedure statutes that formerly deal with suppression orders, and has already been employed by media outlets making applications for a review of an Order.

Preventing prejudice to the proper administration of justice
National or international security
Protecting the safety of a person
To avoid causing undue distress to a witness who suffered a sexual offence or family violence offence
To avoid identifying a child who is a witness
If the victim was a child at the time of the offence
Suppression orders are commonly used in all Australian jurisdictions in sexual offence trials.

The above is not an exhaustive list, and the grounds for granting suppression orders vary between jurisdictions.

Who do suppression orders affect?
Technically, everyone. Media outlets and reporters are not allowed to publish suppressed information because they expose it to a wide audience including potential jurors.

But anything written or said in a partially public forum counts as a “publication”. If you run a small self-published blog, write a tweet, or post in a Facebook group, technically you could be punished, too. It’s up to the public prosecutor whether they press charges.

Australian suppression orders apply overseas because they usually include anything that “can be accessed in Australia”. Thanks to the internet, this means any online news published by an overseas outlet, a tweet or post – unless it is geoblocked. Again, whether such breaches could lead to prosecution will largely be a matter of practicality.

One way of dealing with a high level of publicity is to hold a judge-only trial, with no jury. All jurisdictions allow this for criminal trials, barring Victoria, Tasmania and the Northern Territory. (Victoria announced this week it was seeking advice on the question of overturning that ban.)

According to the Standing Committee of Attorneys-General in May last year, uniform legislative instruments will be implemented across all Commonwealth jurisdictions.

According to the NSW Parliament, the Act authorises making a suppression or non-publication order (an Order) “for the purpose of preventing or restricting the publication or other disclosure of the identity of a party or witness to proceedings and their associates, or of evidence or information about evidence given in proceedings.”

This is because the NSW Government considers that there will be some cases where it is necessary to suppress the identity of a person in order to protect the individual and “prevent prejudice to the proper administration of justice”.

he maximum penalty for breaches of suppression orders made under the Open Courts Act[7] is five years imprisonment and/or a fine of 600 penalty units or, in the case of a body corporate, 3000 penalty units.[8] This makes these offences indictable, triable summarily.[9] A person must know that the suppression order exists, or be reckless as to its existence, for an offence to be committed.[10]

Comparable offences
15.11 Victoria has the highest maximum penalty in legislation for breach of a suppression order in Australia