Identity theft is the type of crime that can cause significant damage that lingers for many years, especially when it results in a negative credit history or reputational harm. Because of this, it’s important to take immediate action to protect yourself if you find that your identity has been stolen.

Fortunately, there are many resources that can help you recover from identity theft and protect your identity in the future. Identity theft attorneys are one such resource. These attorneys have experience with protecting the rights of identity theft victims and also understand the rights and remedies that may be available to you under federal and state laws. 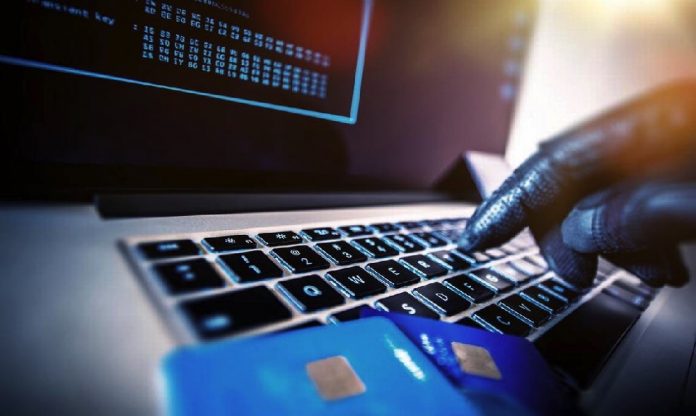 Identity theft is defined under federal law as the knowing transfer, possession, or use of “a means of identification of another person” without any lawful authority and in connection with an activity that would violate federal law or would constitute a felony under state law.

There are a variety of methods that identity thieves use to acquire personal information. Some of the more common methods include:

Stealing wallets or purses
Dumpster diving for discarded mail or other records
Stealing mail from the mail box or redirecting your mail to a different address
Telephone scams
Eavesdropping or surfing over your shoulder in public
Data breaches of financial institutions or major retail companies
Internet scams
Hacking
The FBI also provides additional information about various identity theft and identity fraud schemes currently in use.

How Can An Identity Theft Attorney Help You?
The task of recovering your identity and clearing your name can be challenging and time consuming and, especially in the immediate aftermath, often requires:

Filing a police report
Filing a report with the Federal Trade Commission
Contacting financial institutions to initiate fraud alerts or close accounts
Contacting credit bureaus to remove fraudulent information from a credit report
Contacting creditors or debt collection agencies
An identity theft attorney has experience communicating with such entities and also understands their legal obligations to cooperate with you. Also, if you retain an identity theft attorney, these entities, particularly debt collection agencies, will be prohibited from contacting you directly.

Identity theft attorneys can also advise you of all of the rights and the remedies available to you under federal and state law. Under federal law, for example, a victim of identity theft has a right to restitution not just for the actual harm incurred but also for the time spent trying to fix such harm. Many state laws provide additional remedies to victims, such as the ability to file suit against the perpetrators and recover damages. In Florida, victims of theft can not only file suit, but can also recover triple the amount of actual damages incurred. An identity theft attorney can advise you of such rights as well as any relevant statutes of limitations.

The government does not go easy in cases of suspected identity theft. With more and more business being conducted online, authorities are very sensitive about protecting consumers’ personal details.

As a federal offense, identity theft can carry penalties ranging as high as 30 years in federal prison and thousands of dollars in fines. If you or someone you know has been accused of identity theft, it’s important to speak with an experienced identity theft defense attorney as soon as possible. Your attorney can review the facts of your case, advise you on the best route forward and begin crafting your defense.

Identity theft has only been officially listed as a federal crime since 1998, when congress passed the Identity Theft and Assumption Deterrence Act (ITADA). The ITADA made it a federal crime to “knowingly transfer or use, without lawful authority, a means of identification of another person with the intent to commit, or to aid or abet, any unlawful activity that constitutes a violation of federal law, or that constitutes a felony under any applicable state or local law.”

Before the passing of this act, crimes that are now considered identity theft crimes were charges under what were called “false personation” statutes. In response to the rise of identity theft crimes, the ITADA strengthened the laws against fraudulent activity associated with identification documents or assuming another person’s identity and increased the criminal penalties for those convicted of identity theft.

Information on a birth or death certificate
Bank account information
Credit card information
School I.D. or employee I.D. information
Driver’s license or passport information
Tax I.D. or social security number,
The name, date of birth, address or telephone number of an individual.
Some of the most common methods that identity thieves use to obtain such information include:

Hacking computers or using malware to obtain data from computers
Accessing business receipts, credit card readers, or RIFD readers in order to obtain credit card information; also known as “skimming”
Stealing wallets or purses
Dumpster diving for discarded records, mail, or receipts
Sending fraudulent emails or “spam” emails to people in order to get them to provide their personal information; also known as “phishing”
Telephone scams
Stealing mail
Eavesdropping in public
Some specific examples of these methods of identity theft include:

As a result of certain changes in recent years like technology and the storing of information online, identity theft and fraud have become increasingly complex. In order to address these growing complexities, a number of federal laws have been enacted. These laws include:

The Identity Theft Enforcement and Restitution Act of 2008 which ensures that identity theft restitution orders may include an amount equal to the time that the victim spent remediating any harm caused by the identity theft. This law also allows federal courts to prosecute the crime regardless of whether or not the criminal and victim live in the same state, whereas, prior to this law, federal courts could only prosecute if the criminal and victim lived in different states.

An identity thief might use your personal information to apply for a credit card, set up a wireless device plan, get medical care, steal your tax refund, or give your information to a police officer if arrested or pulled over.

Criminal Behavior
State identity theft laws cover a wide range of behaviors. At their core, these crimes all involve someone using your personal identifying information without your consent for their own purposes or gain. Identity theft can occur when:

Fraudulent Intent
You can commit identity fraud even if you never actually benefit from your actions. Identity theft occurs when you obtain, possess, or use someone else’s information with the intent to later fraudulently use that information to your benefit.

Let’s say you’re a waiter and a customer gives you a credit card to pay the bill. If you write down or scan the credit card number intending to use it later to purchase something, you’ve committed identity theft even if you never actually buy anything.

Penalties
Like all criminal laws, identity theft laws differ from state to state, and there are also federal laws that have their own penalties. Being convicted of an identity theft crime can lead to one or more of the following penalties:

Fines. It’s common for courts to order someone convicted of identity theft pay a fine. Misdemeanor fines can sometimes reach in excess of $1,000, while felony fines can easily exceed $5,000.

Restitution. If the identity theft results in a victim losing money or suffering financial harm, courts will also typically order the defendant to pay restitution to the victim. Restitution is designed to compensate the victim for his or her loss, while fines are designed to penalize the perpetrator. Because it can take an identity theft victim significant time and effort to recover from identity theft (repair credit reports, shut down accounts), some states require defendants pay a minimum amount in restitution even if the victim suffered no direct financial loss.

Probation. For first-time offenders of identity theft crimes that do not result in significant harm, it’s possible a court might impose a probation sentence in addition to, or separate from, other penalties. Probation usually lasts at least a year, but probation sentences of three or more years are also common. People on probation have to comply with specific court-imposed restrictions, such as reporting to a probation officer, paying all restitution and fines, and not committing other crimes.