Banks and ATM machines are everywhere. Banking hours are 9.30 – 4.00 on Monday to Thursday and until 5pm on Friday.

ATM’S will take all cards, but to save cash if you are using an overseas banking card you should find the banking partner for your bank. For example, Westpac is partnered with Barclays, and so there are reduced or no fees for Barclays members when they use Westpac ATM’s.

Numbers and addresses of the main banks in Melbourne are:

ANZ has banks in Melbourne airport in case visitors want to set up their bank account upon arrival. They have two branches inside the airport. ANZ also offers three foreign exchange outlets at the airport.

TravelEx has exchange outlets dotted around the terminals; they have two in terminal two and one in terminal three. Both TravelEx and ANZ will cash traveller’s cheques for you upon arrival in Melbourne airport. They can also provide you with phone cards, to call home, and travel insurance.

You should really cash your traveller’s cheques at the airports as banks tend to charge a fee. There are more TravelEx and ANZ exchange shops in the city in case you can’t cash them at the airport. These two foreign exchange shops aren’t the only ones in Melbourne; there are smaller, private firms that will give you competitive value. Hotels will also do the same. 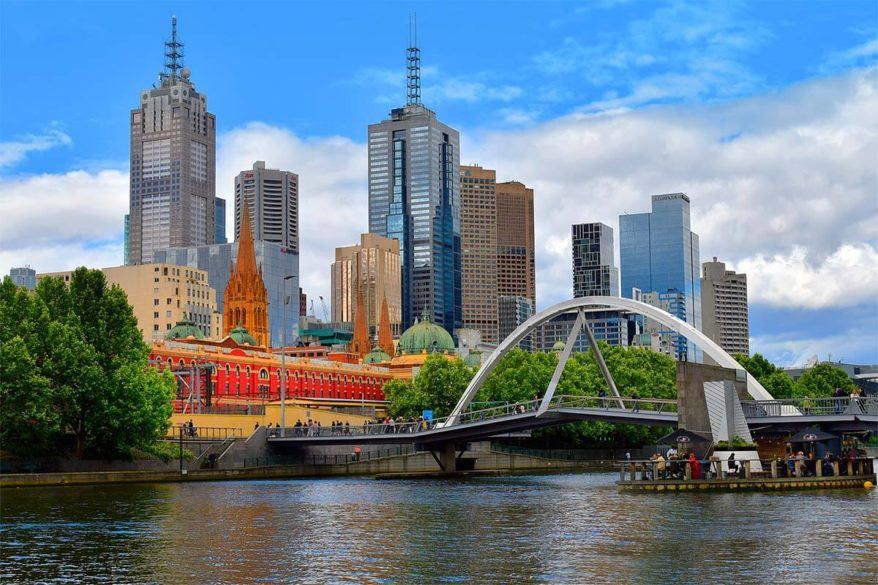 Most shops open from 9 – 5.30pm. However, on Thursdays and Fridays there are extended shopping hours and Melbourne shops close around 9pm. On Sundays shops generally open at 10am.

Melbourne has very helpful City Ambassadors who wear red uniforms and move around streets helping visitors. They will provide directions and ideas for things to do.

CityLink is the Melbourne road toll system. No cash is taken, so you need to purchase a pass, which can be bought after the Melbourne toll road is used. (13 26 29)

Melbourne has a number of consulates, but the main Embassies are in Canberra.

The legal age for drinking is 18.

Be careful of the hook turns where you turn right from the left lane but indicate right. There are clear Hook turn signs that make it clear. This strange rule is due to the Melbourne trams!

There are lots of internet places; many as parts of small convenience stores. A good area to find them is Elizabeth Street, near Flinders Lane, Chinatown and opposite Flinders Street Station.

The currency is the Australian dollar, which uses the standard “$” sign. However, due to confusion with the US dollar, the abbreviation AUD is often used, or sometimes A$.

The emergency number is 000.

Tipping is not expected in Australia. However, due to the large number of visitors, tipping does occur and, like in most places in the world, is appreciated.

Visitors to Australia can reclaim any GST on goods purchased over $300 from a single store no more than 30 days prior to departure. Refunds are payable at the designated refund facility located past Customs up to 30 minutes before flight departure. You will need your tax invoice and goods to obtain a refund.