One day in Melbourne

Start the day in a tasty way on Acland Street in St Kilda. This Victorian beachside suburb boasts countless cafes within a stone’s throw of the sand and sea. Along Acland Street, cafes and bakeries proliferate, and you can dine in or get a take away coffee and pastry to take down to the beach with you.

In the 19th Century, St Kilda became “the place” for the famous and fabulously wealthy to build their summer houses. For this reason, there are many impressive Victorian buildings, which can be discovered on a self-guided walking tour of the area. Some of the sites that your jaunt around St Kilda should take in include: Elidon Mansion, the Palais Theatre, the Jewish Museum of Australia, and the St Kilda Pavilion out on the pier. Visit Melbourne landmark Luna Park for a taste of sideshow history that has been operating since 1912.

Just before lunch, head over to the Queen Victoria Markets on the tram. These markets are located close the CBD and have been operating since 1878. These days, they are a popular place for shopping, picking up a souvenir or two, soaking up the ambiance, and indulging in some of the best international street food available in the city. Cantonese noodles, Malaysian lakhsa, and homemade German hotdogs are just a couple of the delicious and budget friendly feeds that you can get at the market.

After you have thoroughly investigated the possibilities offered at the market, it is time to do something truly touristy for a few minutes. The “Queen Vic” is one of the stops on the Melbourne city tram free tour. This will take you on a loop around the Melbourne CBD past the Docklands, Federation Square, the Princess Theatre, Parliament House, and the Old Treasury Building. 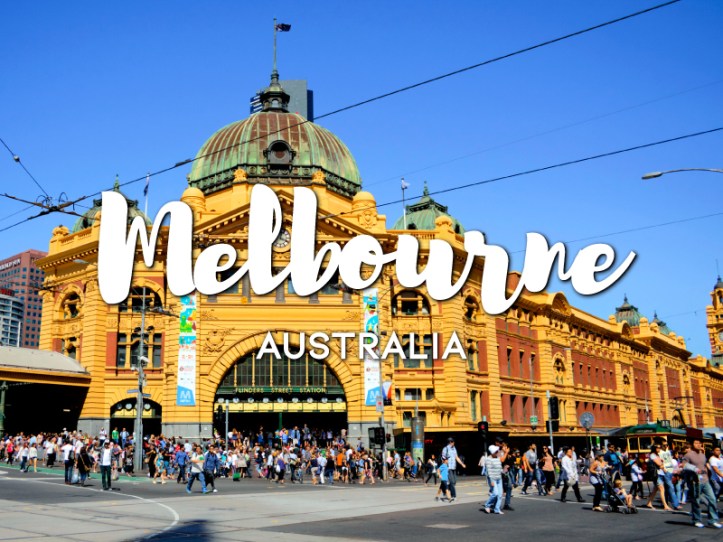 In the afternoon is tour time. Melbourne is so arty that it doesn’t confine itself to galleries, but spills out onto the footpaths! To see the very best of current urban artworks in the city take the Walk-to-Art Tour. You will be introduced to some of the very best contemporary artworks that use walls and light poles as a canvas.

This tour takes around 2 and a half hours and the route varies according to where the latest pieces are to be found. Alternatively, if you are a fan of the television drama series Underbelly, there is a tour that guides you through the murder and madness that prevailed during the Melbourne gang wars.

Another idea for an afternoon out of Melbourne is to visit the Mornington Peninsula. Jutting out into the Bass Strait, the Mornington Peninsula is less than an hour’s drive south of the Melbourne CBD. It’s a relatively small area, but you couldn’t possibly fit more attractions into the peninsula if you tried. For starters, Mornington is ringed by excellent beaches—something that the southern states get less of than their northern cousins. The Mp is a great Day trip from Melbourne.

There are idyllic, secluded bays at the towns of Hastings and Flinders, on the western side of the peninsula. On the eastern side are the pristine, shimmering waters of Port Phillip Bay. Venture into Mornington’s hinterland and discover the beautifully peaceful hamlets of Red Hill and Main Ridge. You’ll be amazed that such tranquillity can exist so close to a city of three million people.

Despite the diversity, there’s one thing that all towns and villages on the Mornington Peninsula have in common: great food. Excellent restaurants and cafes are a staple of this region, and every meal comes with a fantastic view of the ocean or the countryside. Don’t let Melburnians have all the fun. Discover this hidden paradise for yourself—it’s only a stone’s throw from the city oh and its quite a Romantic thing to do in Melbourne so be sure take your wife, husband or partner.