the implementation of section 198 and the practices associated with the removal of unlawful non-citizens; and
the deportation of long term Australian residents convicted of a criminal offence.
9.2 An outline of Australia’s international legal obligation of non-refoulement and the need for a system of ‘complementary protection’ are discussed in Chapter 4.

Removal follows from failure to do so, or after a person’s applications and appeal opportunities are exhausted. There is no requirement for independent review of removal actions themselves.

9.4 The committee agrees with the general view that the recent cases of Ms Vivian Solon and Ms Cornelia Rau illustrate the lack of procedural safeguards in the current provisions of the Migration Act. The details of these cases are recorded in detail elsewhere and the issue of procedural safeguards in the context of mandatory detention generally is explored in detail in Chapters 5 and 6.

9.5 In respect of removals, Dr Nicholls observed that the Palmer Report, ‘highlights the importance of independent review of removal actions and that:

‘(i)n moving away from deliberate decision-making on deportations subject to independent scrutiny, the removal system has lost contact with the body of law that enunciated the conditions for lawfully deporting somebody’.

9.7 The ASRC also alleged that DIMIA often exercises its power under section 198:

Over-zealously and without regard to physical or mental health issues, welfare issues or human rights concerns in the country of repatriation.

9.8 The committee is particularly aware to the vulnerability of people living with disability or suffering mental illness. In relation to pre-departure assessments, ASRC said that:

Whilst there is an obligation upon DIMIA to conduct a pre-departure assessment of a person’s physical fitness to travel, DIMIA do not assess a person’s mental fitness to travel. Persons with chronic mental illness are routinely removed from Australia in circumstances where there is no treatment for them upon arrival in the country of repatriation. This does not mean that DIMIA should never remove a person who is psychologically unwell, merely that this should be done in a sensitive and appropriate way in accordance with best mental health practice standards. In many cases it may be appropriate to organise counselling and or psychological treatment prior to removal.

9.9 The Australian Psychological Society (APS) concurred with this view. The APS argued that the involuntary return of people with a mental illness is ‘unacceptable’ and that ‘consideration must be given, in determining if a person is ‘fit to travel’, to the person’s ability to survive, cope and integrate into the other country upon their repatriation’. The committee notes Australian international obligations not to return a person to a country where there is a serious risk of violation of their fundamental human rights.[910] There will be circumstances where the extent and nature of an illness and the conditions on return are likely to engage those obligations.

9.10 More generally, there are significant practical issues that face a person who is subject to involuntary removal, especially where that person is being returned to a place which is not their country of origin. The APS argued that in these circumstances:

… it is essential that certain minimum standards are met to ensure that the person is able to integrate into this country, such as some significant prior connection with the country, access to healthcare and mental healthcare, and ability to access other basic rights such as work, education, and legal protection.

9.11 The ASRC also emphasised the importance of undertaking the removal process in a respectful way and using the minimum level of force:

Restraint may be used only if absolutely necessary to ensure the safety of staff and others, and the use of restraints must be strictly proportionate to the risk posed by the returnee. Escorts, where used, should be adequately trained to conduct the removal safely and appropriately. Clear standards and procedures for the forcible removal of individuals from Australia must be developed and adhered to.

9.12 In relation to the use of physical restraint, the ASRC continued:

Minimum forms of physical restraint may be used only in exceptional circumstances, and restraints that pose a significant risk to the health or wellbeing of the returnee must never be used. Numerous reports internationally have highlighted instances where severe injury or death by asphyxiation have resulted from the excessive use of force and inappropriate means of restraint. Such cases are clear breaches of fundamental human rights, and Australia must seek to avoid any such further cases.

9.13 On the issue of medicating removees, DIMIA assured the committee that it has a clear policy that medication (including sedatives) must not be used for the purpose of restraint in removals.

9.14 The ASRC also argued that the removals process must be open and transparent:

The returnee should be given sufficient time to prepare for the departure, should be provided with all appropriate information relating to the journey, and should also be given choices about aspects such as the timing of the return.

There are two ways that a person can be forcibly removed from Australia: Deportation and Removal. Deportation requires a specific deportation order made under section 206 of the Migration Act 1958 (Cth) and it is used in relation to Australian permanent residents only. Removal is an automatic process of those held in immigration detention and does not require any specific order to be made.

People who are removed are unlawful non-citizens. They do not have a valid visa to be in Australia, whether their valid visa had expired or was cancelled. If you are an unlawful non-citizen the Department of Home Affairs will generally detain you in immigration detention, pending removal from Australia as soon as practicable. You can avoid being removed by departing Australia voluntarily before being taken into immigration detention. 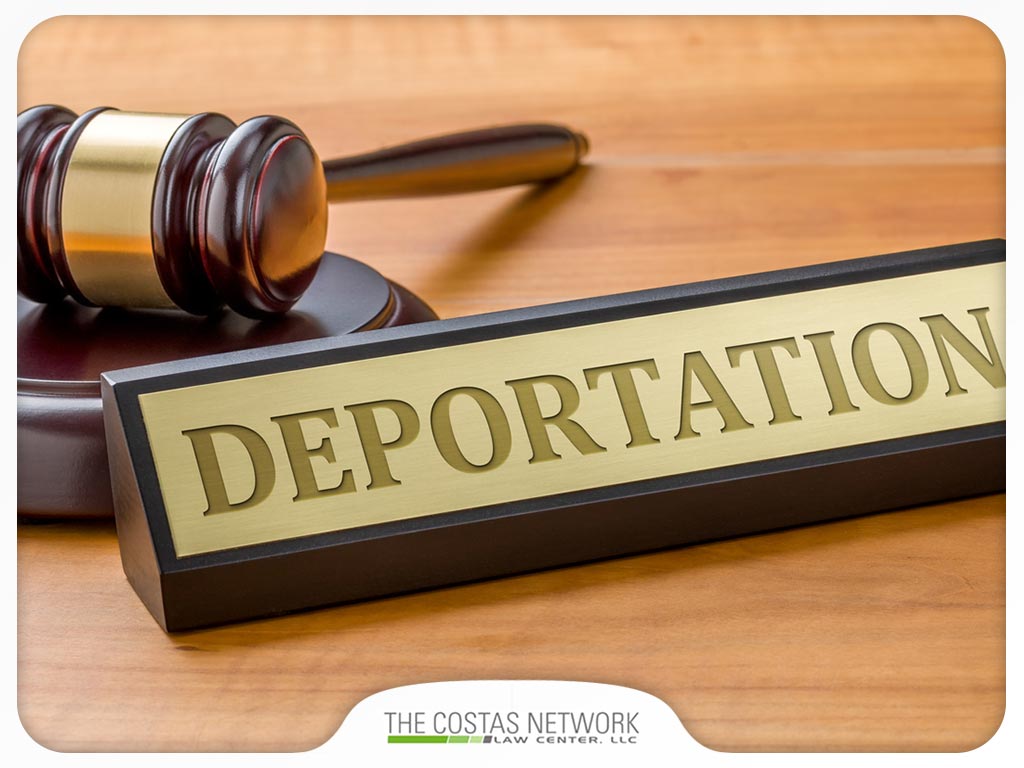 What happens if you are removed from Australia?

If you are deported or removed from Australia, you may also have restrictions on your rights to return. These may be a permanent ban on re-entry or a ban on applying for a future visa for a specified length of time.

Non-citizens may become unlawful in a number of ways including by over-staying a temporary visa, by breaching a visa condition and having their visa cancelled (ss 109, 116, 128 Migration Act), or by virtue of consequential cancellation (i.e. they were a dependant of a visa holder whose visa has been cancelled (s 140 Migration Act)). People who provide false or incomplete information in a visa application or on a passenger card, or provide a bogus document to the Department of Home Affairs (DHA) or the Administrative Appeals Tribunal (AAT) may also later have their visa cancelled when the irregularity is detected (ss 101–109 Migration Act). A visa can also be cancelled on the basis of character (s 501 Migration Act). There are a number of other provisions for cancellation in the Migration Act (see ss 113, 133A, 134B, 137J, 500A, 501A, 501B).

A person will usually be interviewed before a deportation order is signed or a removal takes place. The interviewing officer should be informed as accurately as possible of dates of any entry or re-entry into Australia, and particularly of the circumstances of family or other relationships in Australia, including any de facto spouse. The interview may occur while a person is serving a term of imprisonment.

An officer must arrest a person whom they know, or reasonably suspect, to be an unlawful non-citizen (s 189). A permanent resident who has committed crimes and is the subject of a deportation order may be arrested without warrant. What happens then depends upon whether the person is an unlawful non-citizen (subject to removal) or a permanent resident (subject to deportation).

There is no obligation to bring a person detained as an unlawful non-citizen before a court. Such a person must be kept in immigration detention until they are either removed from Australia or granted a visa.

A person applying for a visa outside these time limits is severely restricted in the type of visa that can be applied for (s 195(2)).

In any event, if no visa is granted, the person must be removed from Australia.