Many people would tell you that growing your own edible mushrooms is difficult – but as long as you’re properly informed, it can be a very easy and even fun ordeal. All that you need is some free time to study a few guide books and learn how the process goes, and you’ll be growing your own edible mushrooms in no time! With a bit of experimentation, you may even start growing special, gourmet mushrooms for those extra tasty and unique meals. All in due time though – in the beginning, focus on getting the hang of the basic aspects of mushroom growing.

We’ve broken down the process in a few steps for you – all of them require a bit of time so prepare yourself with a few months if you want to see the growing from start to finish.

Mushrooms grow very easily in a variety of conditions – they don’t use photosynthesis like most normal plants to keep themselves properly fed and always supplied with nutrients, instead they can acquire the food they need from the soil around them. Because of this, mushrooms are commonly found growing randomly outdoors, as they can extract nutrients from their surroundings very easily.

Some people have taken this a step further and have learned to grow mushrooms on tree logs outdoors – they have the structure and consistency to provide a perfect growing environment for the plant, even in harsher conditions.

That has its disadvantages though – you have pretty much no control over the purity of the environment that the mushrooms grow in, and therefore the quality of the mushrooms themselves in the end. It’s not very easy to sterilize the batch you’re growing when you’re doing it this way, which often leads to contaminations and other problems in the long run – plus your yield would likely be smaller because not all of the mushrooms would turn out the way they should. 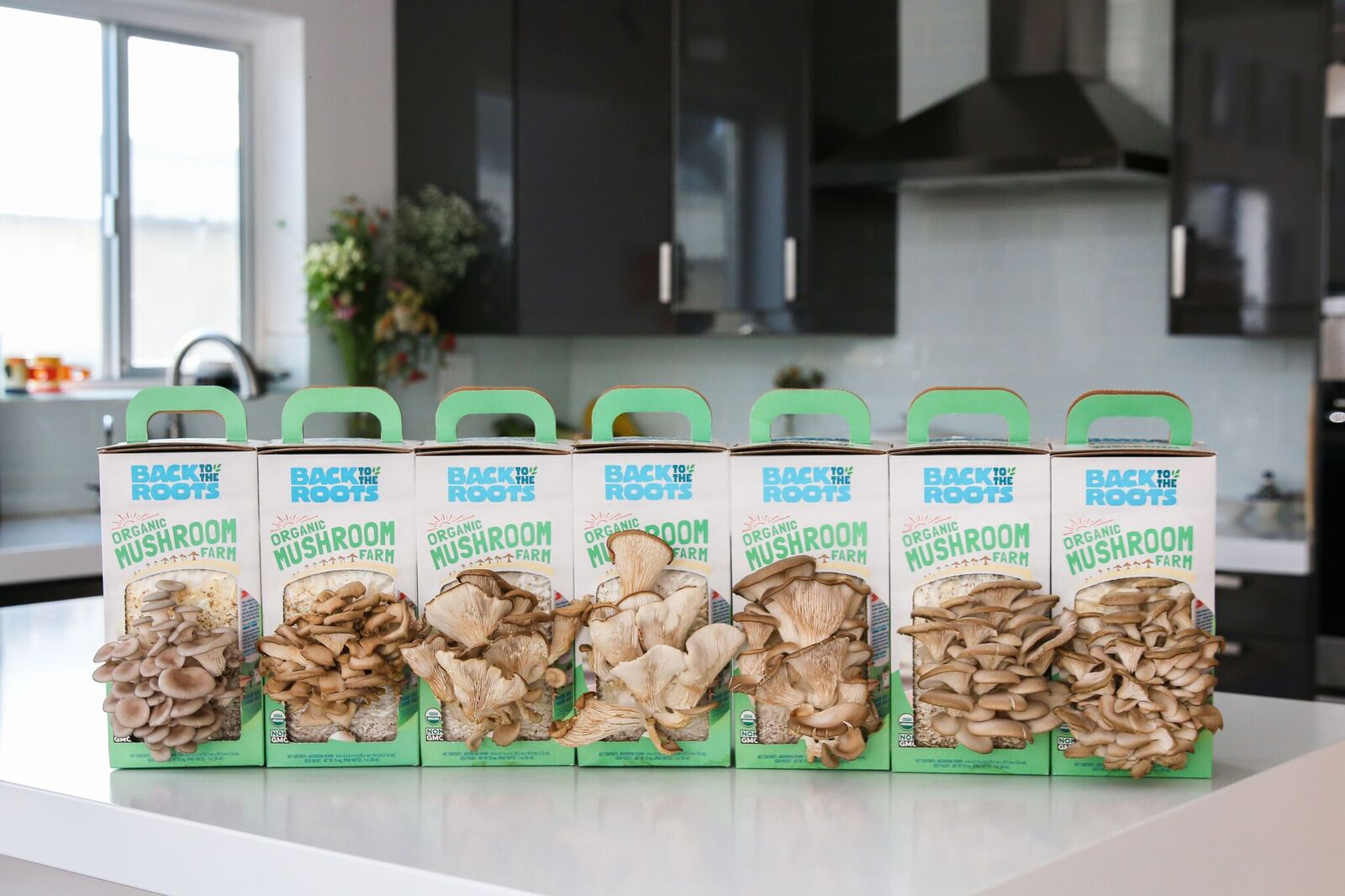 The perfect solution to all of these problems is to grow your mushrooms indoors in trays, using an artificially prepared soil commonly known as “substrate.” By picking the materials used in the creation of the substrate carefully, you can make it very friendly for the growth of mushrooms of all sorts.

A major part of growing mushrooms properly is to develop their substrate correctly – something which is going to take a bit of trial and error to get it right, because you’ll need to get the perfect balance between certain chemicals and bacteria in order to ensure that the mushrooms grow in the best way possible.

Materials that are commonly used in the creation of substrate include hay, manure, corncobs, wood chips and other fine wooden materials, as well as recycled paper. Anything goes really, so be creative – your mushrooms can benefit a lot if you take the time to create the perfect substrate for them. The main point is to ensure that you get a fine balance between nitrogen and carbohydrate, which would accelerate the growth of your mushrooms in the most significant way possible.

You can also buy your substrate ready-made but don’t always turn to that as an option – at least not in the beginning while you’re still learning the ins and outs of mushroom growing, a phase during which it’s important to ensure that you do as much as possible by yourself, in order to get the perfect result in the end.

“Planting” and growing the mushrooms

When you’re growing mushrooms, there’s no “planting” process in the traditional sense – mushrooms have no seeds, instead you would be using spores to create the starting “culture” for the whole growing process. Spores need to be mixed in with the substrate in a very precise manner in order to ensure the fastest possible initial growth; you should also take care to get rid of some unwanted elements in the mixture such as NH3 which can interfere with the growth of the mushrooms. Microbes have to be dealt with as well – they aren’t all bad, however, and some specific microbes can actually have quite the beneficial effect on the growth of your mushrooms.

As a common rule of thumb, the bad kinds of microbes tend to thrive at lower temperatures, while the ones that have more beneficial effects can typically survive at higher temperatures. Because of this, heat is a very effective treatment method for minimizing the numbers of harmful microbes in the mixture and ensuring that the ones that can be of use to you are preserved.

After a while, you’ll see mycelium growing through the substrate and it will start forming a distinctive colony – this means that everything is going well and you’re moving in the right direction. It’s a good idea to keep the temperature under 80 degrees Fahrenheit at this stage because anything hotter than that can harm the mycelia.

If you want to increase the produce you’ll get from the current batch, you can do some additional fertilizing using nitrogen at this stage – after the pins have started forming is usually the best time for this, as it can accelerate the growth of the mushrooms and their spread throughout the substrate, resulting in a more diverse, healthier colony.

Make sure you keep track of the levels of CO2 during the later stages, and vent it out if it gets too high – otherwise you can kill the growing mushrooms quickly.

Harvesting the mushrooms is a bit tricky and isn’t done all at once like with traditional plants – you’ll want to split it in cycles that last around a week or so, and above all be patient – sometimes you might not get the most ideal results right from the start, but keep caring for your batch and its quality will improve towards the end of the harvesting cycle. Even if it doesn’t, you can make a not of everything that you’ve gotten wrong in the whole growing process for that specific batch and be more prepared for the next time, knowing what to do and what to avoid.